Now, the bad news: the rapidly growing airport is still handling more passengers than it was designed for, even after the Feb. 21 debut of the $350 million expansion.

The huge undertaking that just wrapped up involved 6,000 tons of steel and added 29,000 square feet of retail space. It includes an area where pets can potty and relied on roughly $42 million in federal grant funding, ABIA officials said. It increases the operational capacity of the airport by 30 percent and includes a public outdoor patio on the east end of the terminal where travelers can watch planes take off and land.

Here’s a map of Austin-Bergstrom International Airport’s $350 million expansion, which is now open. 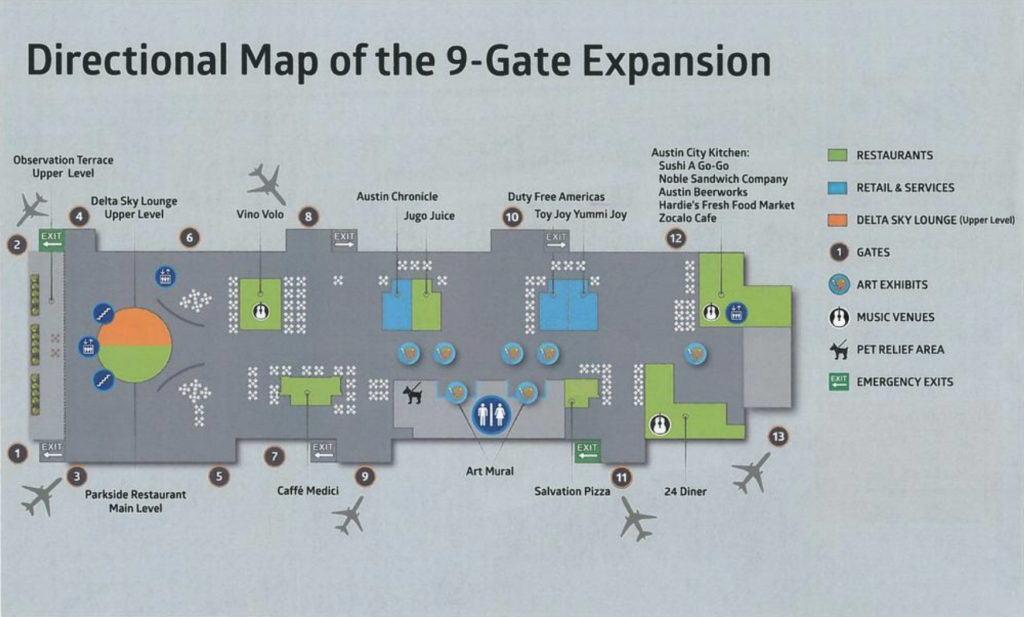 To meet the growing needs of Austin travelers, airport officials know further expansion will be needed. The airport’s 2040 master plan — an ambitious vision to add up to 32 more gates — was authorized by Austin City Council to be sent to the Federal Aviation Administration in October. Hackett said the plan was sent to the FAA in late December or early January.

“We are already planning the next terminal expansion, as well as a processing center, a departures hall and something to help with the front end before security — the ticketing, baggage and that type of congestion,” said Barbara Beeson, a project assistant with the Aviation Department’s planning and engineering division. 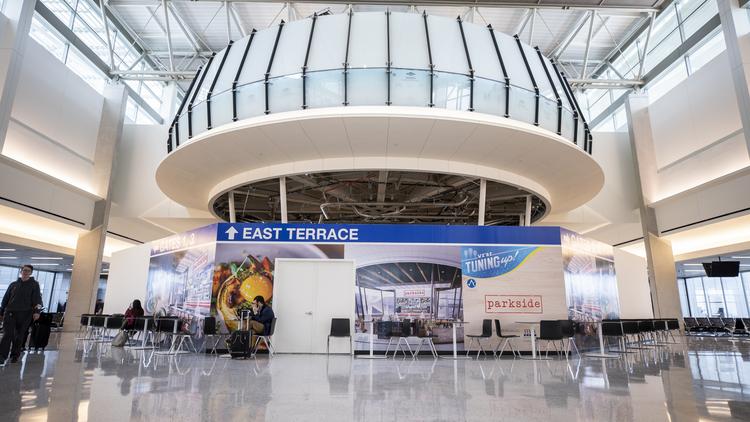 Hackett provided some additional details about what passengers can expect with the future expansion. He said the first step in the master would be to knock down the garage in front of the Barbara Jordan Terminal and replace it with ticketing, baggage claim, Transportation Security Administration screenings and other functions.

Exactly how the city will pay for the 2040 master plan is not yet clear. Hackett said a public-private partnership is being considered.

“A public-private partnership is one of the ways that is available for us to pay for any future expansions. We also use airport revenue revenue and a bond process,” he said. “It is one of the many ways we use to try to finance projects like that.”

ABIA is already engaged in public-private partnerships around the airport, from the new ABIA Retail space — a convenience store in the cell phone parking lot — to the Hyatt Place Austin Airport hotel to the South Terminal, which is a partnership with Lonestar Airport Holdings LLC.

The South Terminal “offers a different style of transportation for passengers; that old-school way of departing and boarding a plane from the outside,” Hackett said, referring to how passengers board planes from the tarmac.

“Also, the South Terminal was available for us as one of the many ways for us to deal with the increase in passenger growth,” he added. “It provided us an option to operate three more gates.”

Who exactly will lead ABIA into it’s next chapter is still up in the air. Longtime Executive Director Jim Smith plans to retire soon and the city of Austin is searching for a replacement. 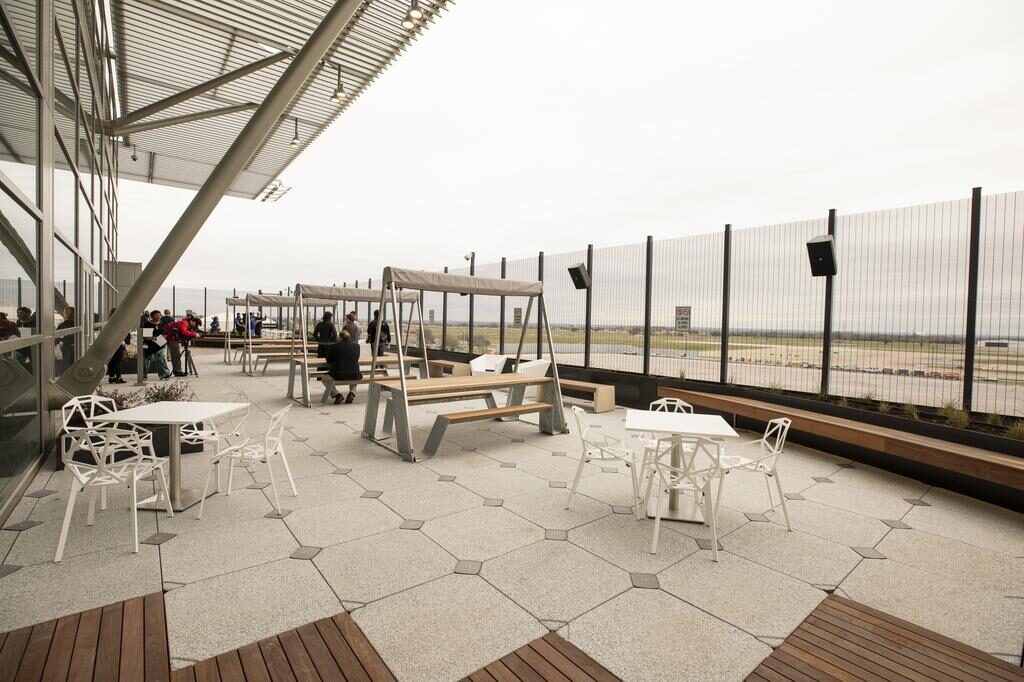